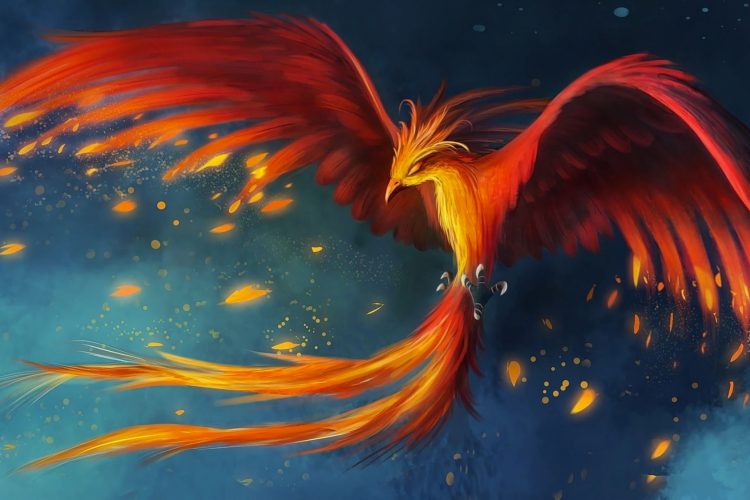 The idea behind the Phoenix is when you get weak and you fall down, you get back up again and you decide to never give up, no matter what.

The Phoenix story is a Native American story where the Great Phoenix came to change, rest, recover and to take care of itself. Even knowing the right places to go to prepare to do better.

Story of the Phoenix

This is a story of a bird that never laid any eggs and therefore it never had any children of its own. When the world started, this bird was there and it was hidden in a spot, deep into the desert.

The Phoenix is called the Bird of Fire. It was given this name because the bird was big and red with gold spots on it, and it was bright and beautiful. The sun looked upon the bird and said to it, “Oh Great Phoenix, you are a bird that will be mine and therefore you will live forever.

These words made the bird so happy that he started singing a song to the sun, saying, “Oh sun! You are glorious and I will only sing to you.”

The problem though was that the bird was very beautiful, but it was not happy for very long because people would see it and try to take it and trap it because they wanted to take its feathers.

The Phoenix realized that it could not live there anymore, and it decided to move east where the sun always rises and to go and stay hidden in the desert where there were no humans.

After the Phoenix got there, he was allowed to fly and sing freely to the sun, and no one bothered him.

When the Phoenix got old though, it was tired and had very little strength left in it. This made the bird sad because it could no longer fly fast or as high as it could in the past.

The Phoenix knew that it wanted to live a life of a young bird that was strong and able to do things and so it sang a song to the sun and said, “Oh sun! You are glorious, please make me strong and young like I used to be.” But the sun never answered the bird and the bird kept singing the song over and over again.

Since the sun was not answering the Phoenix, it decided to go back to the place where it lived when it first met the sun and see if the sun was there and would hear it. It flew for a long time past the mountains and the valleys and the hills and even through the desert.

The Phoenix had many powers and one of the powers it had was to be able to smell things very easily. This bird loved all of the spices that it would smell along the way and as it would pass the spices, it would pick them up.

The bird collected spices such as cinnamon and carried it with its claws as it flew around. Once the bird reached the place that was its old home, high on the mountain, it built a nest made out of the cinnamon and all of the other herbs that it picked up. Then the Phoenix even went and collected some myrrh gum, and it was pouring out of the tree close to where its nest was.

The Phoenix made an egg from the myrrh and carried it to the nest and then looked up and sang to the sun, “Oh sun! You are glorious. Make me strong and young like I used to be.”

The sun heard the Phoenix singing and it caused all of the clouds to move away by shifting the wind. The other animals such as the lizards, the birds and the other walking animals would hide because the sun was so strong that it was burning them. They had to find holes and shade to hide in so that they wouldn’t burn.

The Phoenix sat up in its nest and the sun beat its rays down on it. Then there was a bright light that flashed all around the bird and the Phoenix became covered in fire and was a fire ball with a bright blaze.

When the fire went away, the tree nor the nest was burnt down but the Phoenix was no longer there, all that was left was a pile of ash that was silver and gray.

The ash started to move slowly upwards towards the sun and under the ashes there was a young Phoenix that was small, crumpled, and wrinkled. As it begin to flap its wings, it grew bigger and stronger until it was the same exact size as the other Phoenix was. It looked through the nest and found the myrrh egg and hollowed out the center, filling it with the ashes and closing the egg.

The Phoenix sang another song this time saying, “Oh sun! I will only sing my great songs to you because you are glorious!”

After the song was over, the clouds came back, and the wind blew, and all of the other animals came out of hiding. The Phoenix then took the egg and flew away and all of the different clouds and creatures begin singing sings to the Phoenix, “You are the greatest bird we know; you are our king.”

The Phoenix then decided that he should fly alone, and he went back to the dessert where he came from, far, far away.

The Phoenix is still there but comes out every five hundred years when it begins to get too old. It goes to the same mountain and lets the sun burn the ashes and from the ashes comes a young and strong bird.

How Does This Story Affect You?

This story tells you many things about your life. Here are some things you should ask yourself:

The Phoenix story is a story that was told in Ancient Egyptian times, and it talks about how the bird will never die. This is the story behind reincarnation and the Phoenix represents the brightness of life.

When you read the story, see what it makes you feel and let it resonate with you whatever way it chooses.